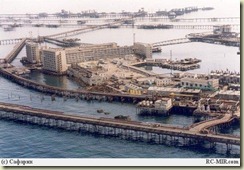 The Oil Rocks is a full town on the sea, 50km off the coast of Azerbaijan, it was the first oil platform in Azerbaijan. It was built in 1947 as an exercise of Soviet and Azeri ambition. The Oil Rocks lies 45–50 km (28–31 mi) offshore on the Caspian Sea and extracts oil from the shallow water portion of the Absheron geological trend. The most distinctive feature of the Oil Rocks is that it is actually a functional city with a population of about 5,000 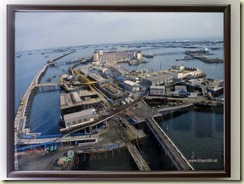 and over 200 km (120 mi) of streets built on atop rocks, piles of sand and landfill. Most of the inhabitants work on shifts; a week on Oil Rocks followed by a week on the shore. The small city includes shops, school and a library. After almost 60 years the Oil Rocks is still quite unusual as Azerbaijan's first and largest oil platform. Despite the conditions, the platforms still have a combined population of about 5,000 men, who work in week-long offshore shifts, and collectively they produce over half of the total crude oil output of Azerbaijan. 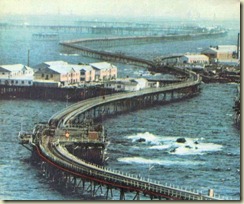 The facility is poorly maintained, with miles of roads now submerged beneath the sea. Around some worker's dormitories, the waterline now stands at the second-floor windows. Although a full one-third of the Oil Rocks complex's 600 wells are inoperative or inaccessible, operations have continued without a significant increase in investment. The site, despite its imperfections, still produces over half of the total

crude oil output of Azerbaijan. The government has striven to attract foreign investment into Oil Rocks, resulting in several new additions being grafted onto the existing structure.

Several action sequences in the 1999 James Bond film The World Is Not Enough are set on the Oil Rocks. , where terrorists used a giant helicopter saw to cut the oil pipes. 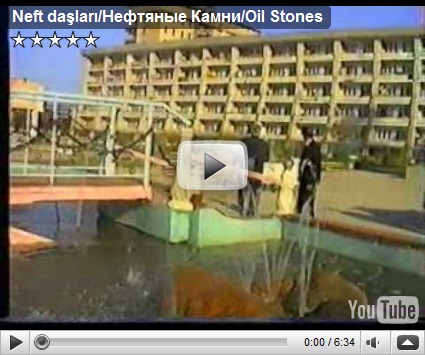